The spread of the Ultrabroadband is a factor that highly conditions the increase in the overall economic productivity of a country. The UBB network has a direct impact with the needs of companies in the logic of Enterprise 4.0 and it is increasingly fundamental for the modernization of services and processes of the Public Administration and for the quality of citizens’ lives. Clear examples in this regard are distance learning, telemedicine and remote working.

These must be considered not only as emergency solutions, but as powerful tools for production acceleration, social inclusion and, last but not least, environmental sustainability.

The value of the UBB asset, so strategic for the country system, should therefore be measured in terms of bandwidth and speed, but above all of capillarity over different geographical regions.

Italtel strongly believes that the public-private partnerships, the synergies between industrial ecosystems, the role of the academy and the fruitful collaboration with the politics and institutions are the means to promote the development of the Ultrabroadband and use it effectively

As early as 2016, Italtel was chosen as suitable designer for the development of a fiber optic network and wireless technologies on a national scale.

Since spring 2018, Italtel and Open Fiber have been carrying out jointly the development activities of the Ultrabroadband network for the so-called “white” areas of the country, the market failure areas, not reached by the infrastructure of other operators.

The project, as a whole, involves the design, construction, maintenance and management of an infrastructure that guarantees 100 Mbit/s on over 6,700 Municipalities belonging to 6 Regions and, in a subsequent phase, to other 10 Regions and the Autonomous Province of Trento. In 2019, almost 1,000 municipalities were added, continuing the effort to bridge the infrastructure gap in all the regions of the South of the country.

5G is an integral part of the Ultrabroadband infrastructure and an essential tool for reaching users, from citizens to factories, with the capillarity that is needed to spread the new services that are transforming the Economy

Italtel is committed on the front line in the development of 5G networks:the great effort that will be required for the installation of the hundreds of thousands of new small antennas, the DAS (Distributed Antenna System), and the millions of kilometers of fiber optics that will connect them to the rest of the network, will have to bring out new models of sharing and competition among all the actors involved.

The role of the so-called “Neutral Host”, an emerging subject supporting Telcos, both as a commercial broker to new markets, and as a contact person for those who manage public spaces (think aboutsmart cities) or private (such as a stadium or a shopping center), represents a central hub for 5G sustainability. Moreover, Neutral Host is the subject of numerous European research projects including 5GCity, in which Italtel is directly involved.

Italtel has also promoted, in the Carini industrial plant (near Palermo), a research and development program aimed at the design and creation of software products for the edge, service and virtualization levels of ultrabroadband networks.

Through its Ultrabroadband Network Engineering Centers, with a team of more than 300 people distributed mainly in the two offices in Rome and Milan, Italtel offers the following services: 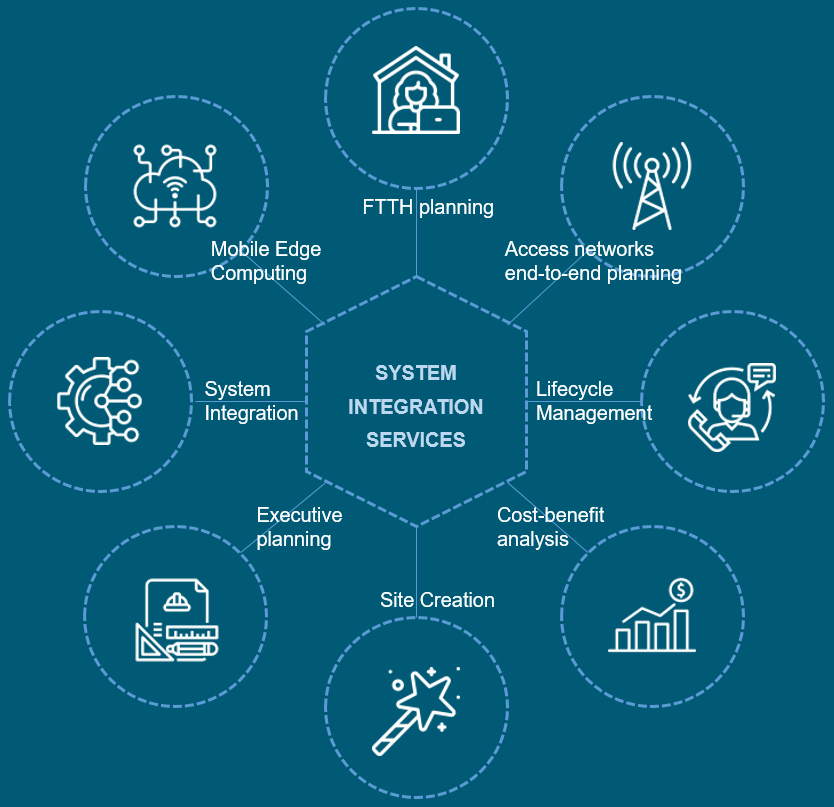